FACES OF UCCS: Josh Fagerburg, Having a Purpose

Celebrate the Year of the Pig at Roaring Fork!

FACES OF UCCS: Josh Fagerburg, Having a Purpose 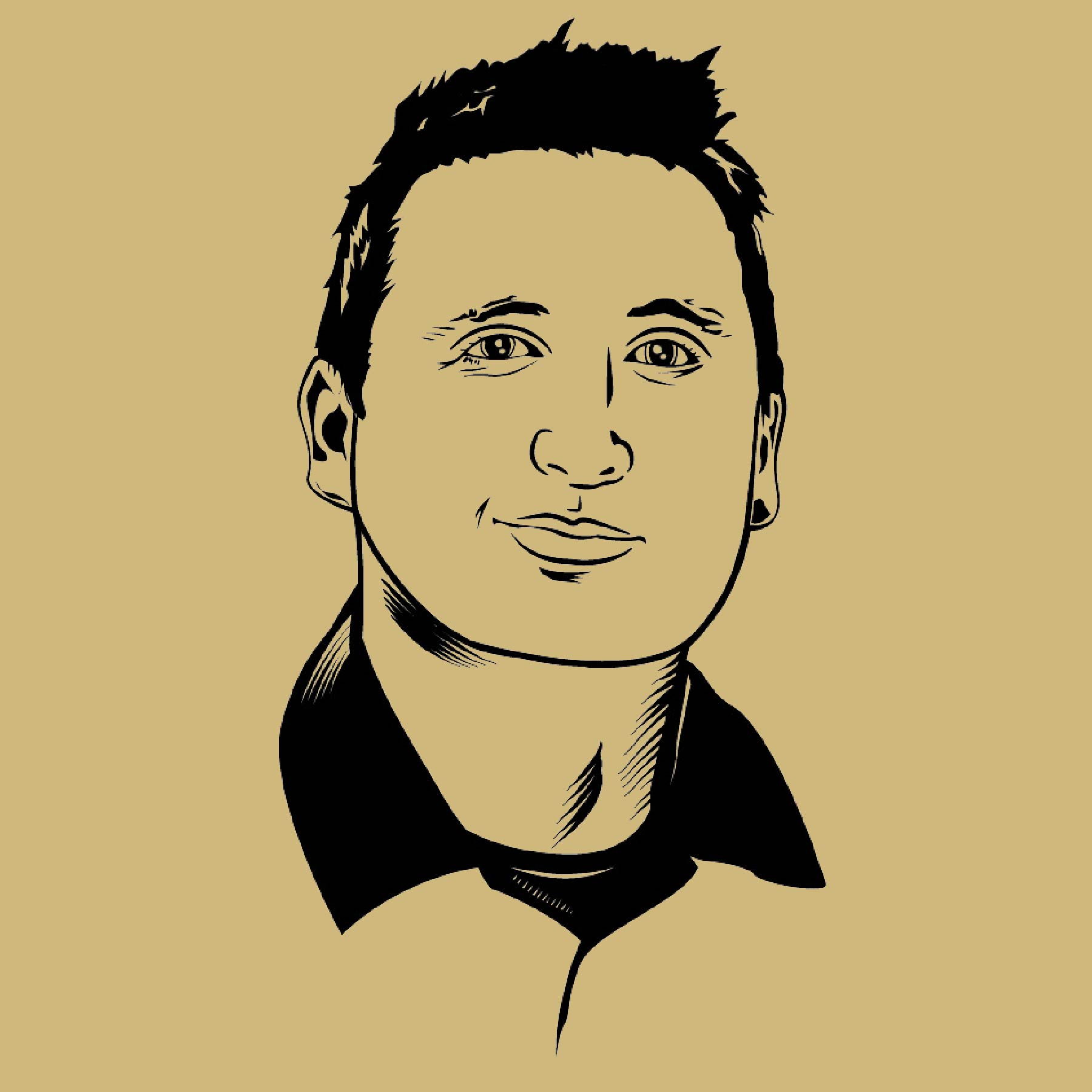 When asked what drives him to succeed, student and Event Services employee Josh Fagerburg says that having a purpose or a goal to constantly strive for is what keeps him focused.

“When it comes to my job, I want to set a good example and leave a good legacy so students can be successful and put my knowledge into adapting a better program for Event Services.” 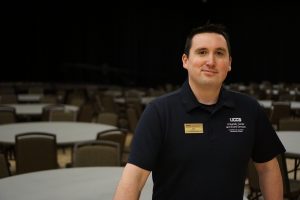 Josh, 34, works as the building manager for both the University Center and the Ent Center for the Arts here at UCCS. Before his current position, Josh quickly moved up as a student employee in Event Services, starting as a setup crew member in July of 2018, transitioning a month later to a shift lead, and after another month switching to an operations lead. He attributes his quick rise through Event Services’ student positions to his past in the Air Force.

“Transitioning from one culture to another is hard, and many vets believe their previous jobs and skills don’t translate well to civilian life,” says Josh, “but learning leadership, teamwork, and time management – that’s really what an employer’s looking for.”

When he’s not attending to his building manager duties, Josh is deep in his studies. Josh is a sophomore in the Helen and Arthur E. Johnson Beth-El College of Nursing and Health Sciences nursing program. Upon graduation he hopes to work as a psychiatric nurse or mental health nurse in order to help people. 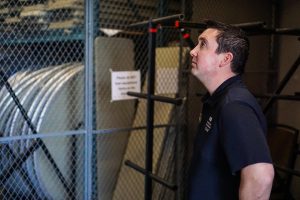 As a nursing major and a student employee with so much responsibility, you’d think Josh wouldn’t have much time for himself. On the contrary, the time management skills he learned in the military allow him to schedule time for some enjoyment.

So, what does he do during his free time? Josh describes himself as an avid gamer, his first console being an Atari ColecoVision from 1982.

“Gaming is something we all used to pass the time while deployed,” says Josh. He and his wife, Jina (also a UCCS employee), have a PlayStation 4, Xbox 360, and Nintendo Switch at home with a wide library of games.

When gaming doesn’t do the trick, he also enjoys historical European martial arts (think sword fighting), or HEMA, and anime (he met Jina on a Cowboy Bebop forum). Josh and Jina also own a cat, Silverbear, who occupies the furbaby position in their household.

But Josh ultimately stays focused on his great goal–to help people. He wants to set an example of what a functioning veteran student in a university looks like, and he wants to inspire other veterans to take more active roles on campus.

“I’m the only vet in Event Services, and I’d like to see more,” says Josh. “That’s part of my purpose at UCCS.”