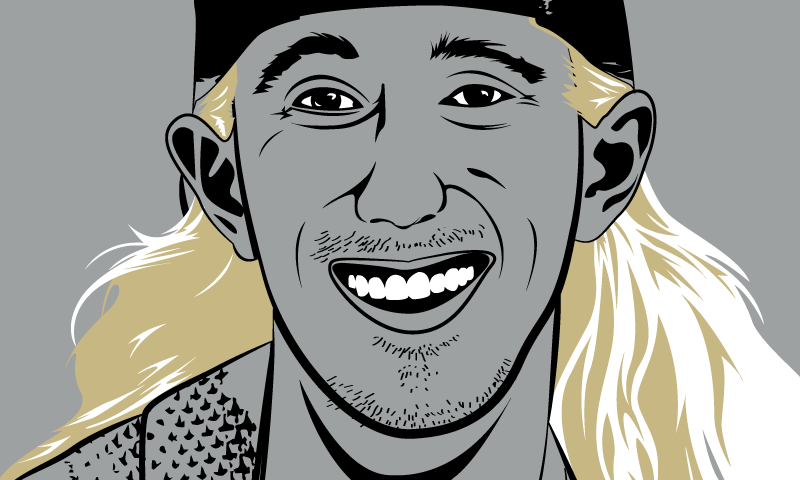 This month we’re highlighting a 2019 UCCS graduate reflecting on his time with Dining and Hospitality Services (DHS) and at UCCS in general.

When we sent out the call for nominations of student employees to highlight for Faces of UCCS, Will Riden was an immediate pick from DHS leadership. Riden, one of the first student employees following UCCS’s establishment of our own dining and hospitality services department, has been influential in shaping the program. But his journey began much earlier than that.

“I graduated high school in California, so that’s the easiest way to answer where I’m from,” says Riden when asked how he came to UCCS. In reality, as a military child he’s called five different states–Alabama, Alaska, California, Colorado, and Wyoming–home over his pre-college years. Seven of those 18 years were spent in Colorado Springs, so UCCS “just felt like the right choice.”

The summer before starting at UCCS, Riden applied for a job, and was subsequently hired, in the newly established DHS department on campus. When reflecting on his time at UCCS, Riden states that his student employment has been one of the most influential structures for his personal development.

“In high school, I didn’t do anything. I did the bare minimum in my classes to not get yelled at by my parents, I did nothing extracurricular, I wasn’t at all outgoing. I would just come home and play video games every day,” says Riden. It helped living on campus and being immersed in the college life, but Riden attributes his personal growth to his job.

On his changes from high school to college, Riden says “The change in how I both present myself and how I interact with people around me from August of 2014 to now is… I mean, let me put it this way: the first couple of summers I went home my parents were like “Who are you? You’re not the kid we sent off to college anymore.”

Riden started his time with DHS at the bottom of the totem pole. But over time he worked his way up to one of two of the highest student positions in DHS. As the Student Director of Residential Dining and Catering, Riden was primarily responsible for overseeing student staff, and with DHS being the largest employer of students on campus, this was no small feat. His position included conducting interviews, making hiring decisions, onboarding new employees, conducting orientations, extensive paperwork, and working with student management teams to ensure the entire operation was run smoothly. He says he found a particular knack for developing students in his role and trying to ensure that student employees under him left their jobs with as many relevant skills as they could.

“I’m eternally grateful for the opportunity, because outside of UCCS there would be no way I would be in a role with a similar level of responsibility in such a short amount of time,” says Riden of his job.

Riden even goes so far to say that some of the skills he learned in his position taught him things the classroom couldn’t. As a student of UCCS, Riden started in the Bachelor of Innovation program pursuing game design and development with business as a cross-discipline core, but three years into it, he wasn’t feeling as inspired with that and felt more drawn to the business courses he was taking. In May 2019, Riden graduated with his Bachelor of Innovation in Business Administration with a cross-discipline core in engineering and with minors in both game design and development and computer science (he describes figuring out how to word all of that on his graduation announcements as “a nightmare”).

At the time of the interview, Riden was moving to Denver in a month to start a job at a software company that he had been offered back in November. A career that combines technology and business was exactly what he was looking for, so he couldn’t have been more excited.

His biggest takeaway from his time at UCCS: make mistakes. On this Will had to offer: “It’s kind of counterintuitive to everything that we hear beforehand, but there’s only so much you can learn from doing things right. You can’t always look back and figure out what factors contributed to success or what worked well, but it’s easier to look back and concretely identify what went wrong and where to improve.”

Faces of UCCS is a series by Auxiliary Services Marketing highlighting the exceptional students that power our university behind the scenes in various roles. Do you know an all-star student who you’d love to see featured in Faces of UCCS? Send an email nomination to [email protected] to learn more.